Anyone who has ever crossed the finish line of an endurance race will tell you that it demands a training regimen that is both physical and mental. The very first time I registered for a triathlon, I completed the online form, purchased a road bike, a suit, a swim cap, and a pair of goggles. Saying ‘yes’ is the exciting part. We so quickly agree to try new things, but have no idea how much work will be required to finish.

Jumping into the pool at the Colorado State University recreation center, I did my very best to swim from one end to the other. Once my fingers graced the concrete edge, I stood up and gasped for my next breath of air. One length felt like the definition of misery and I had a half-mile, open water swim to train for. It was clear that the battle would be uphill before it would ever get easy. That year, I finished the swim in 24:10. Was I the fastest in my age group? No way. By 2012, I shaved almost five minutes off my first time to finish in 19:37. Was I the fastest in my age group then? No, not that year either. I was still a good distance behind the first athlete out of the water.

With less than six weeks until this summer’s race, there is ground to cover. This morning’s workout had me back in the pool. If I were to finish my first lap, determining that would suffice for today, my body would not be conditioned to swim for nearly twenty minutes without stopping. 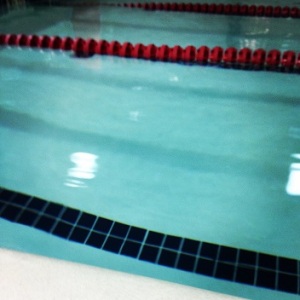 Michael Phelps has been known to say that what made him competitive in his swimming career is his willingness to “stay in the pool.” Even after most would be satisfied with the work they accomplished during their Olympic-level workouts, Michael pushed to work passed the level of commitment they invested. With 18 Olympic gold medals, I doubt anyone will argue that his hard work paid off.

In what areas do you aspire to experience growth? Whether it’s part of your personal domain (physical, emotional, mental, spiritual, or financial) or a part of you that extends to influence the lives of those around you, commit today to not only get started, but to work the muscle of Discipline. See that commitment through to the end! Many will start. Will you be one of the few to finish?

Not sure how to take the next step?  I would be honored to speak with you about how investing in your own LifePlan can get you started on the path to something new and exciting that encompasses who you are created to be!

Daughter of the King who is learning daily what it means to surrender weak and feeble plans, in exchange for His strength. Captivated by Grace. Head-over-heels in love. Amazed at the valiant work of the relentlessly courageous ones.